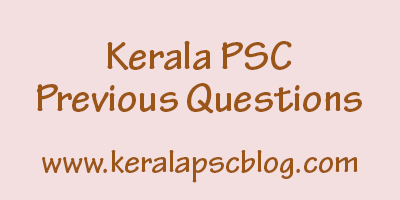 2. Sending part of the condensed liquid back to the column is called:
(A) Feed
(B) Distillate
(C) Rafinate
(D) Reflux

4. The element which receives the information from the measuring devices and decides what action should be taken is called:
(A) Controller
(B) Sensor
(C) Transducer
(D) Transmitter

5. When an input variable of a system changes, there is a time interval during which no effect is observed on the output of the system is called:
(A) Dead time
(B) Peak time
(C) Interval time
(D) Effective time

6. In cyclone separators which liquid is commonly used for solid suspension:
(A) Alcohol
(B) Water
(C) Kerosene
(D) Benzene

8. The point of minimum cross section from an orifice flow is called:
(A) Capillary
(B) Weirs
(C) Vena contracta
(D) Ventury

13. Rittinger's law states that the energy required for the crushing process is proportional to:
(A) The mass
(B) The surface sheared
(C) The volume
(D) The density

15. The device used to control the rate of flow of fluids in pipe lines are called:
(A) Pipe fittings
(B) Nipples
(C) Valves
(D) Plugs 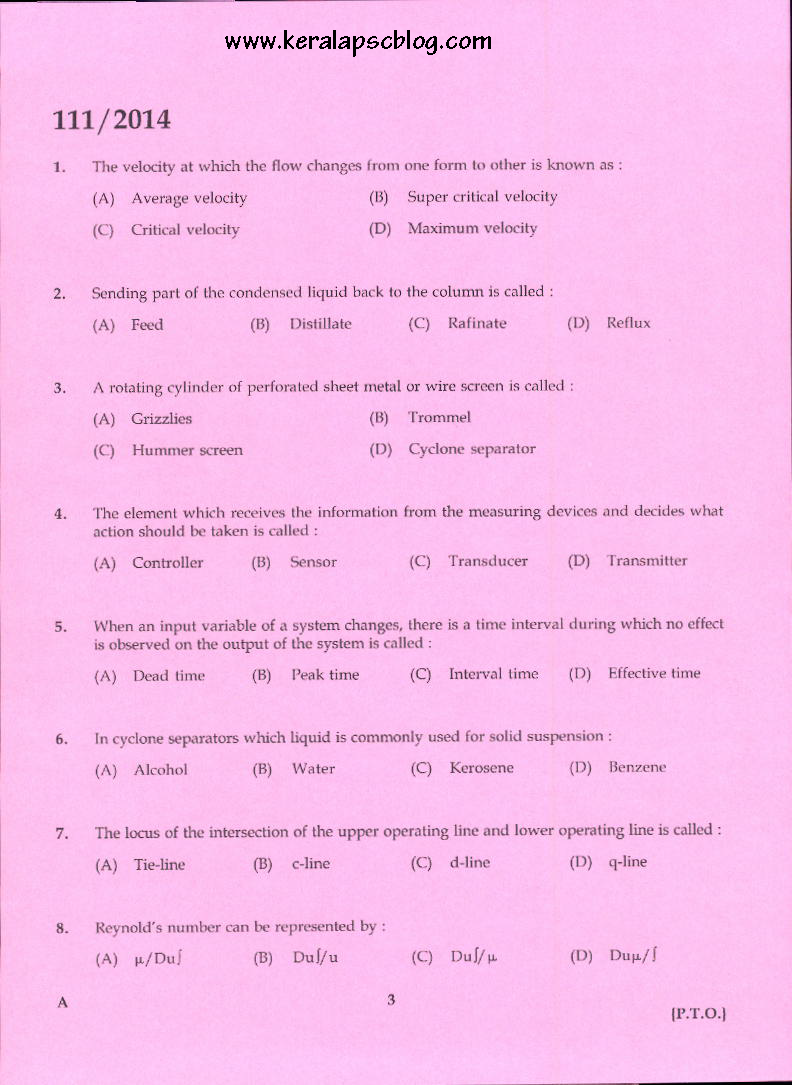 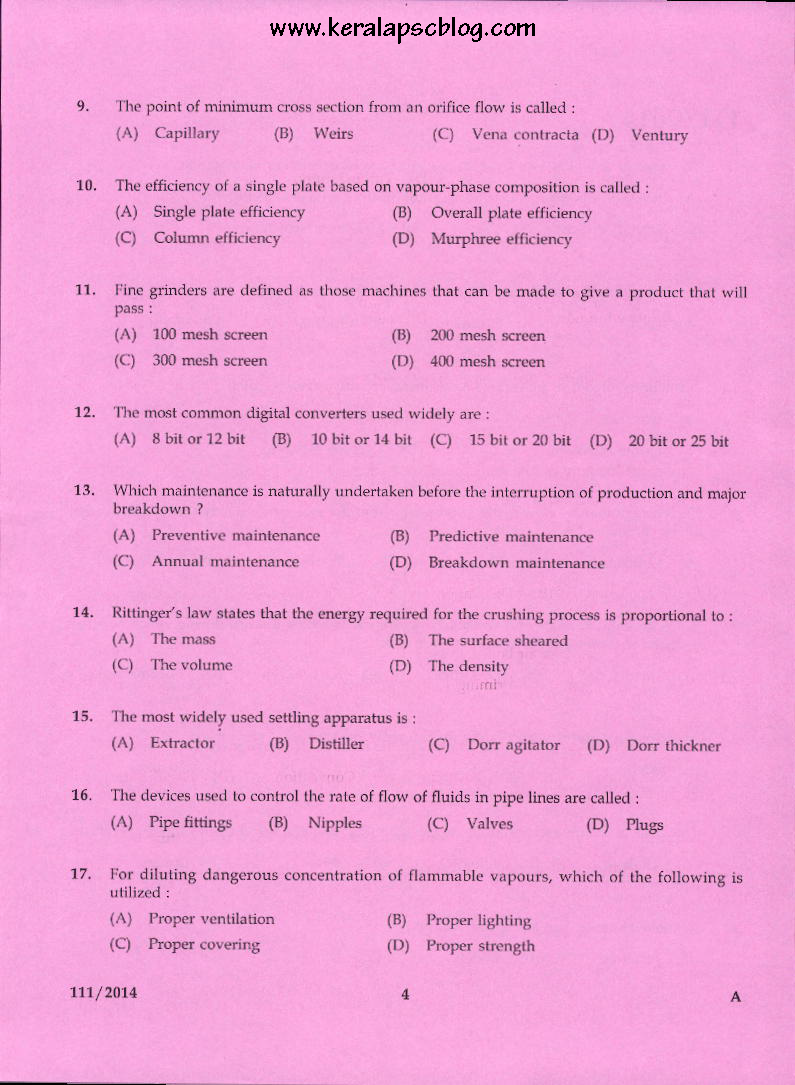 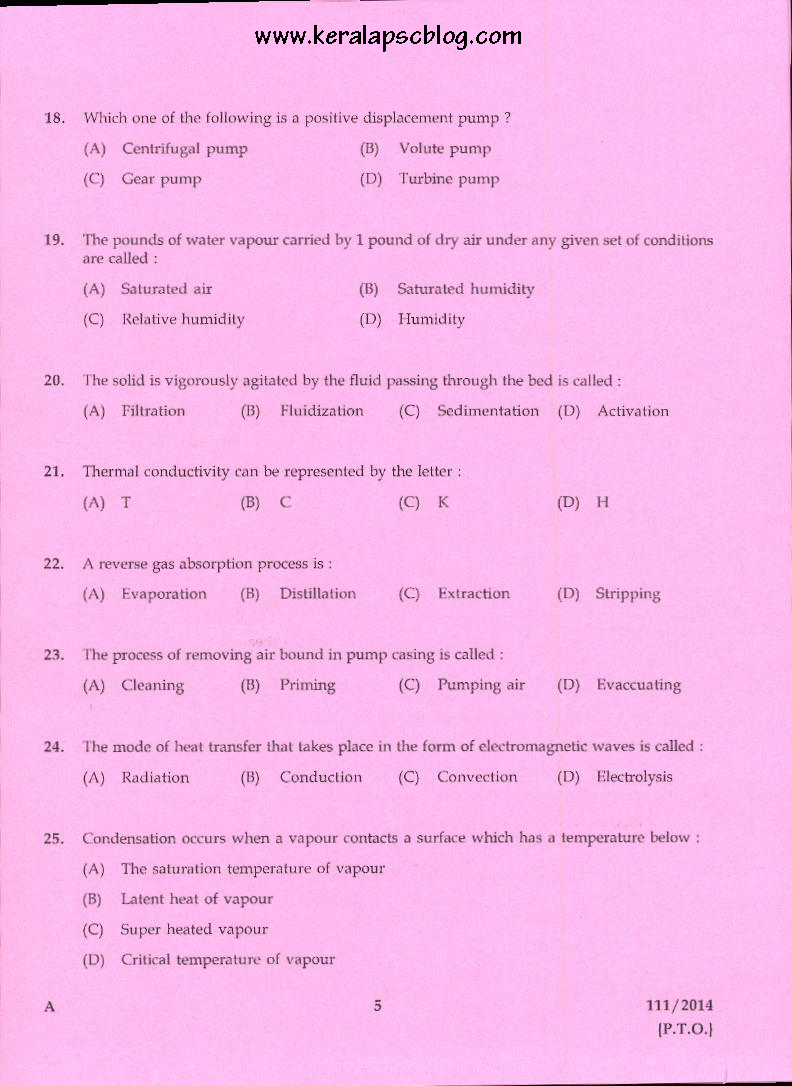 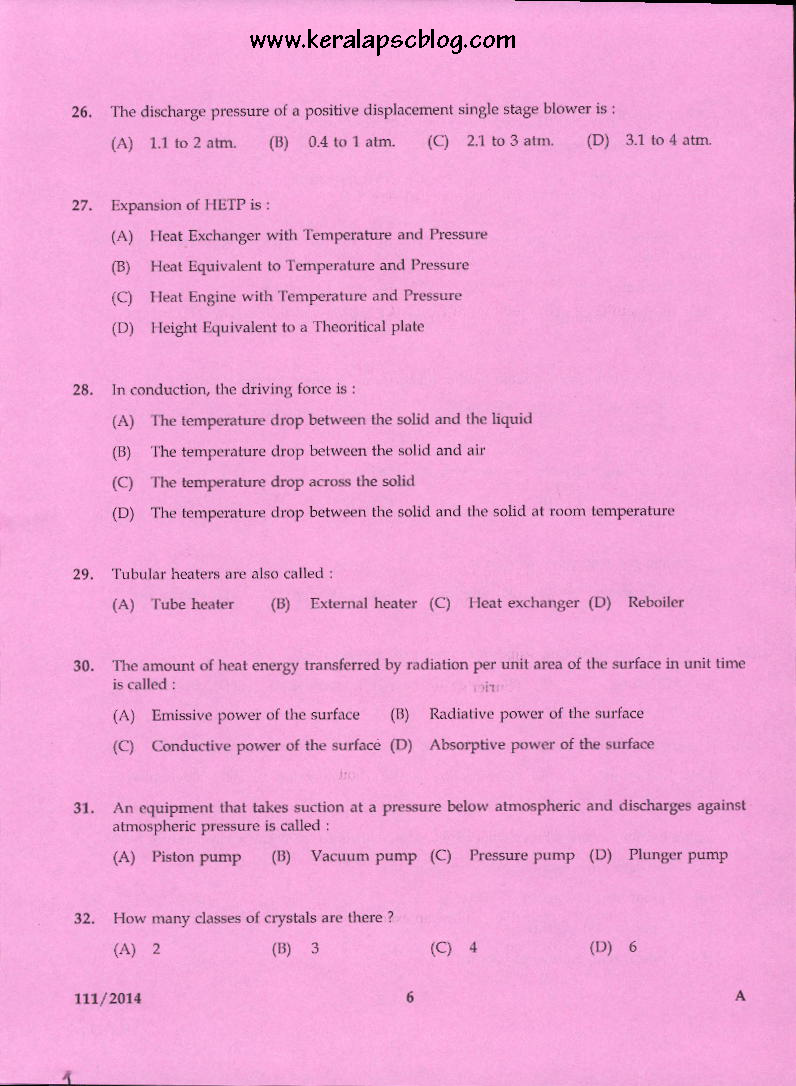 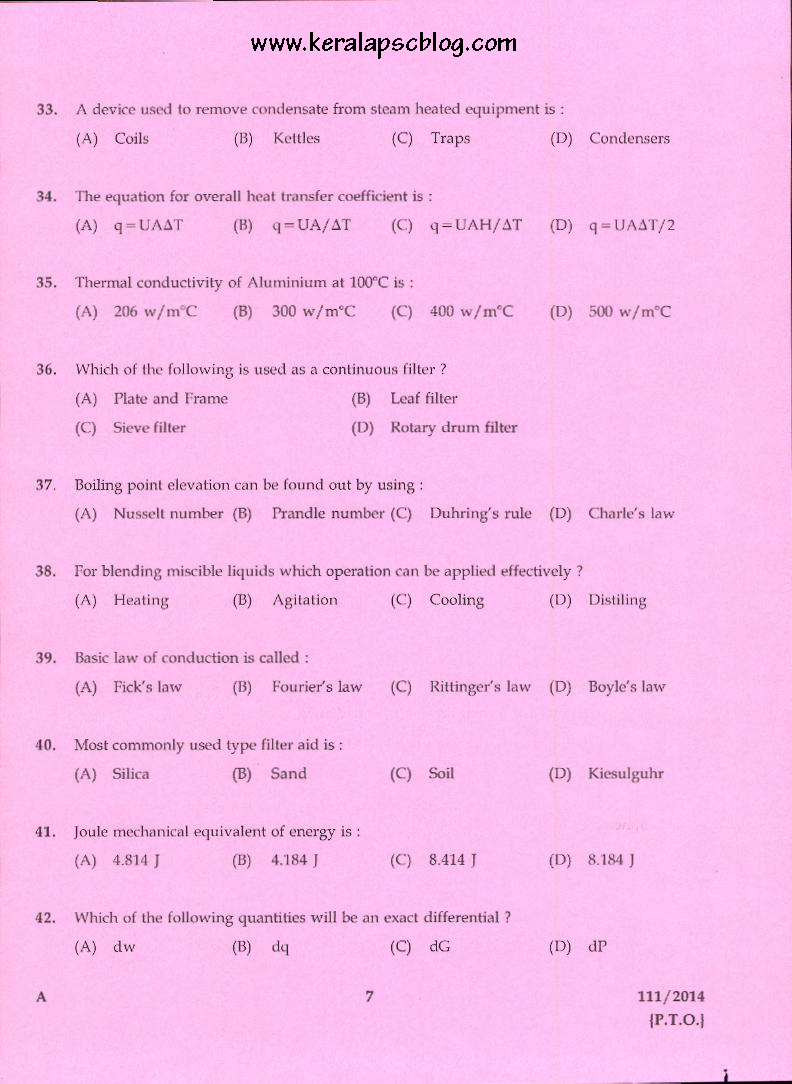 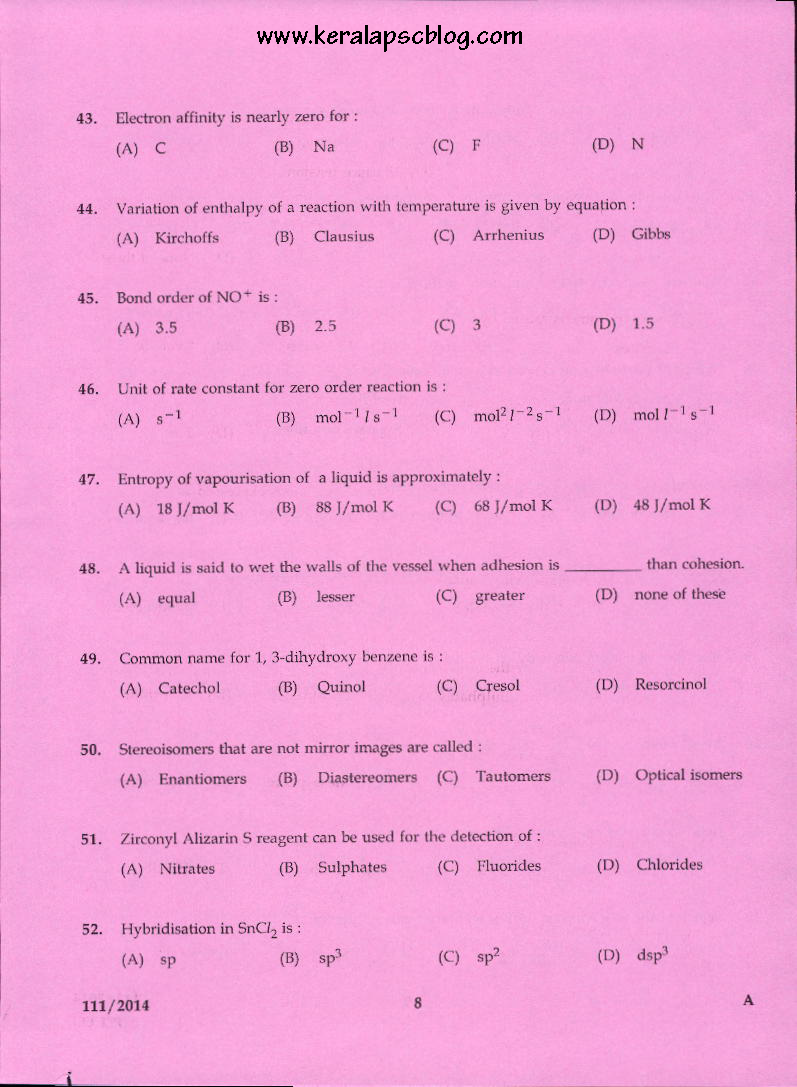 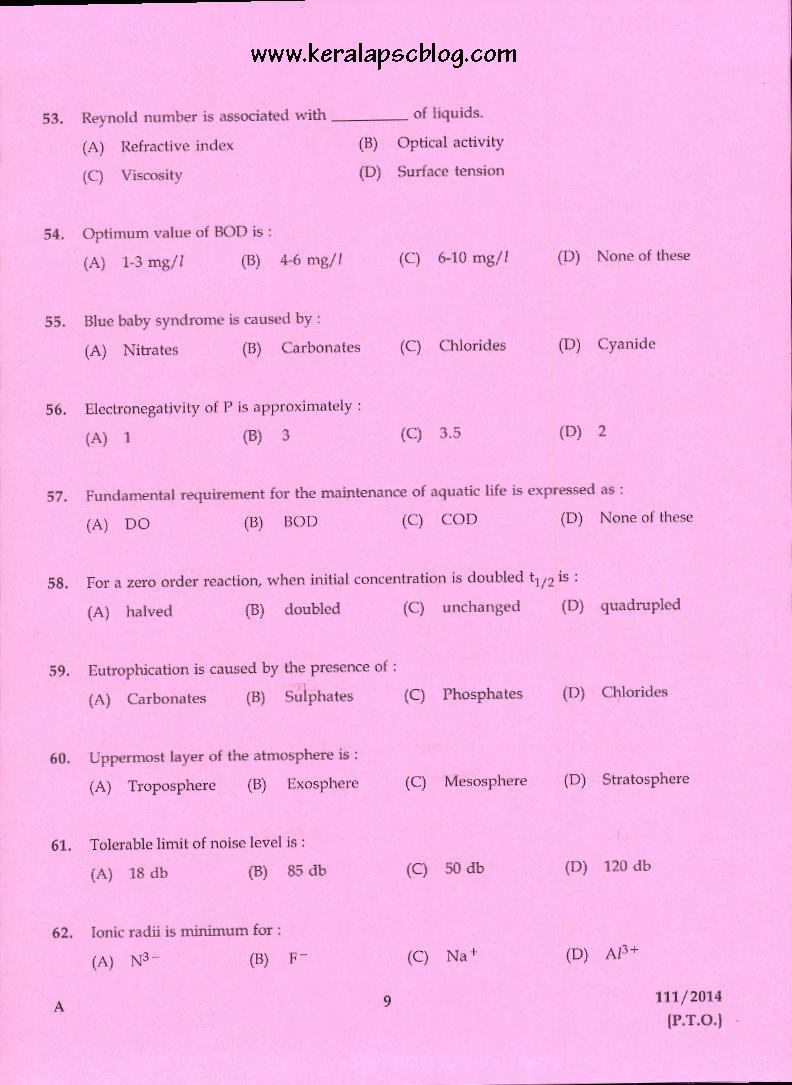 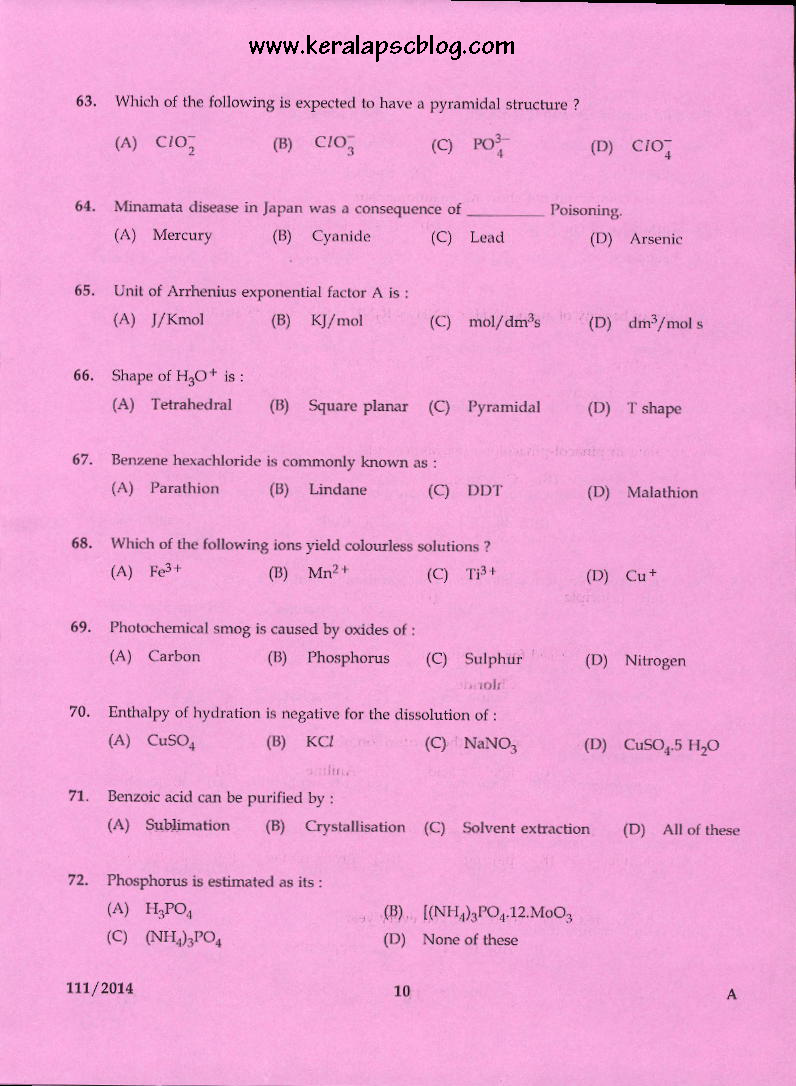 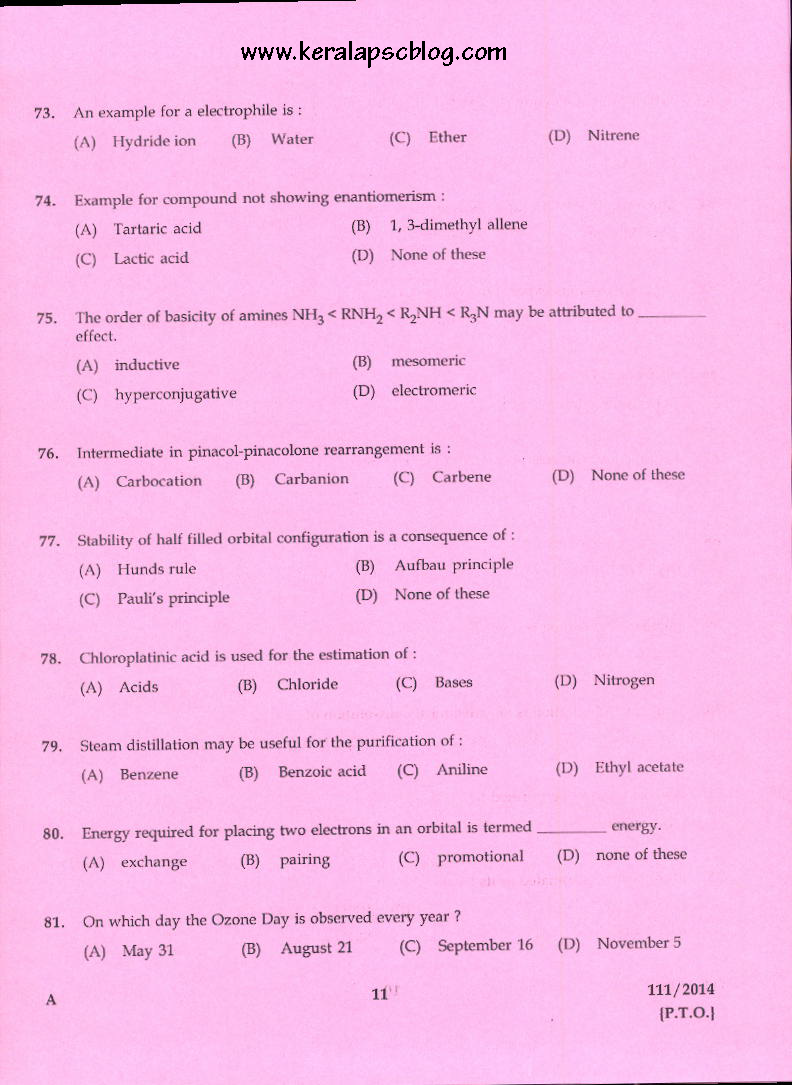 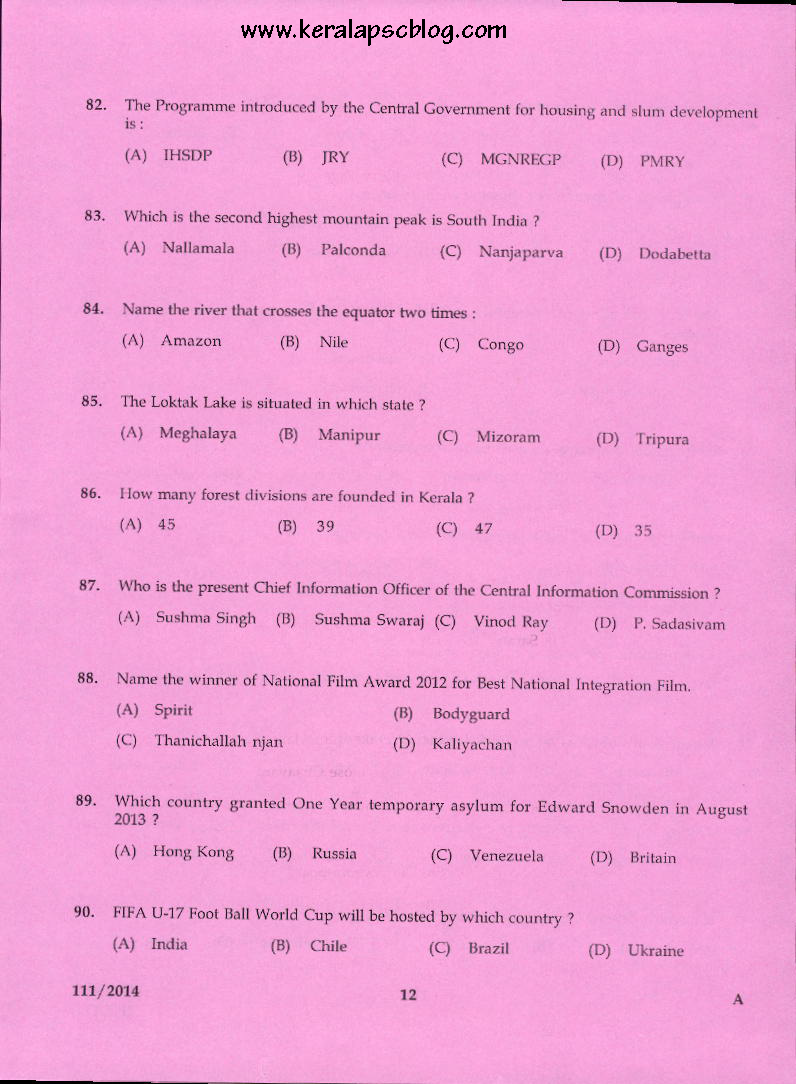 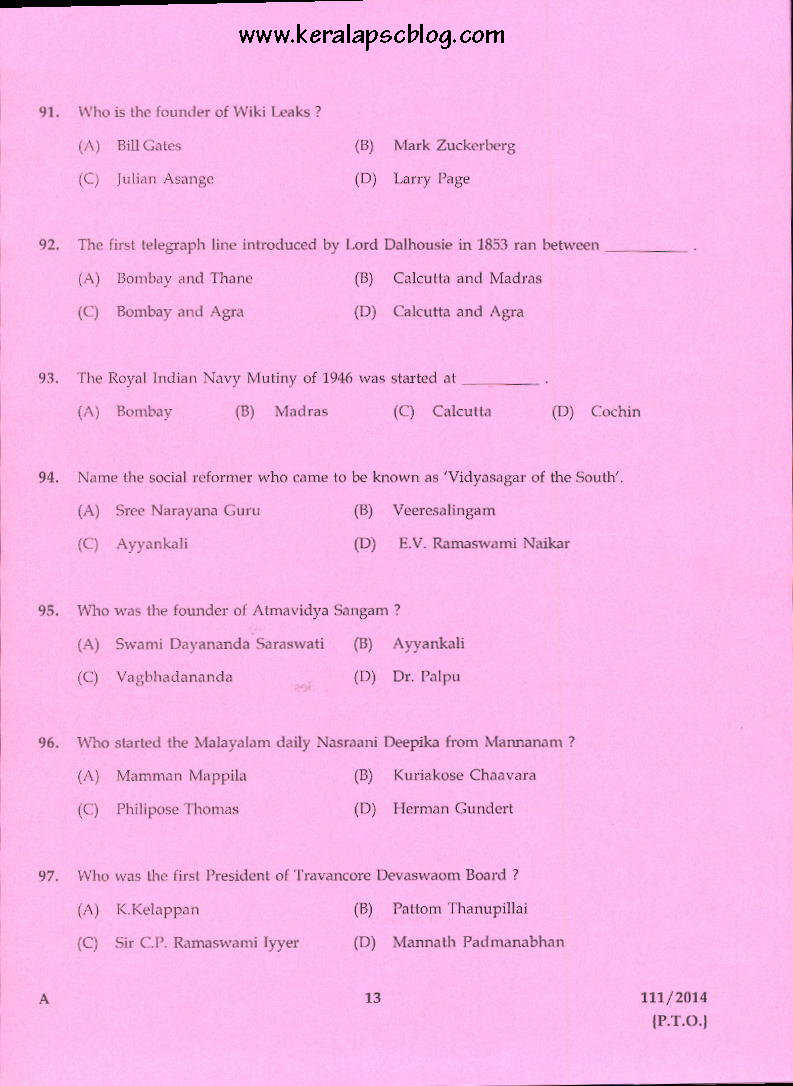 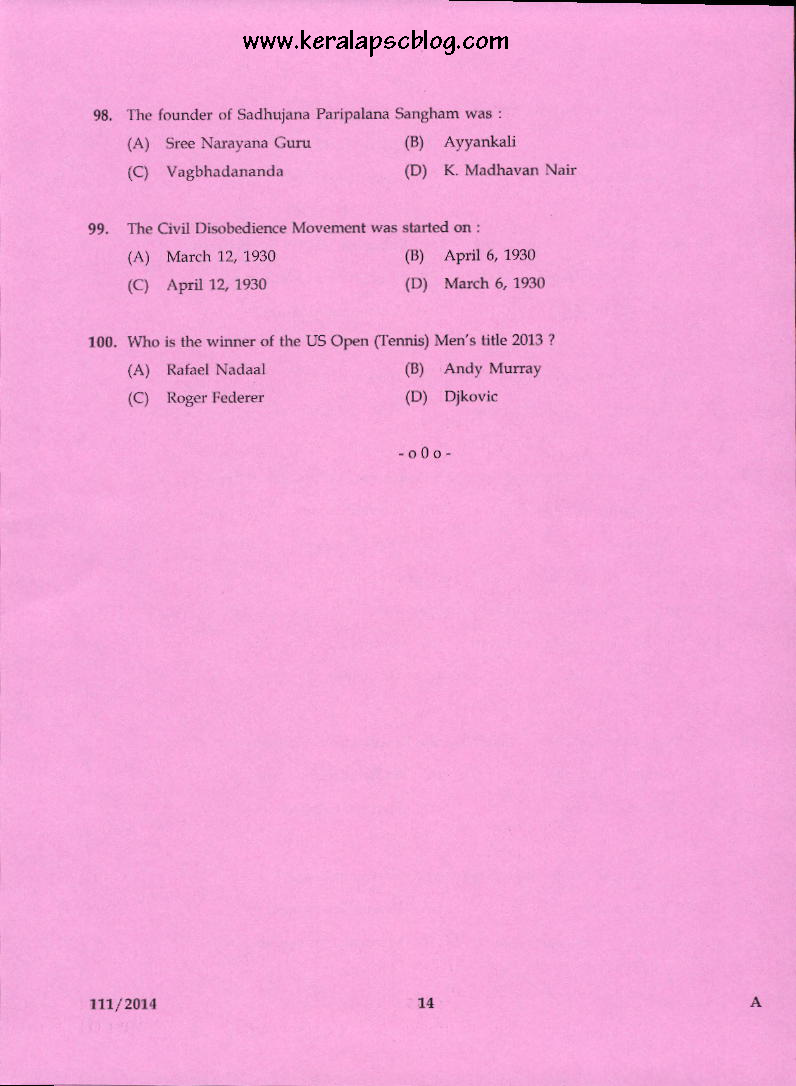