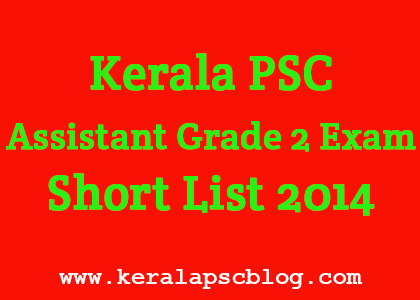 The following is the Probability List containing the Register Numbers of candidates who are found provisionally eligible to be included in the Ranked list, subject to the verification of the Original documents, for selection to the post of JUNIOR ASSISTANT/CASHIER/ASSISTANT GR II ETC – STATEWIDE (Category No. 489/2011) in KSFE/KSEB/THRISSUR CORPORATION ETC on the basis of the Objective Type Test (OMR) held on 08/06/2013 & 19/10/2013.

The Register Numbers are arranged in their numerical sequence and the arrangement does not in any way, indicate their respective rank on the basis of the said test. The schedule for certificate verification will be published later.
The candidates who have secured 62 (Sixty two) marks and above are included in the Main List of the probability list.

Candidates belonging to Other Backward Classes included in this list who are required to produce Non – Creamy Layer Certificate as per G.O (P) No: 81/09/SC/ST/DD dated 26.09.2009 shall produce the same along with the other documents mentioned above at the time of verification of original documents.