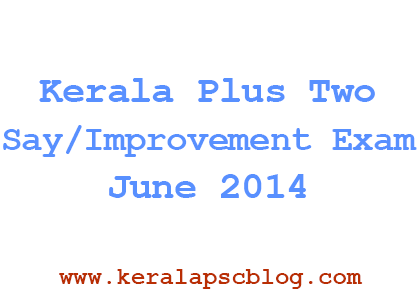 How to Submit Applications

Application duly filled in shall be submitted to the Principal of the School where the student has registered for the March 2014 Examination. A passport size photograph attested by the Principal shall be pasted in the space provided in the application form. The candidates can have their application forms from their parent schools where they appeared for the Examination of March 2014 or Download the Application Form online from here http://www.dhsekerala.gov.in/downloads/circulars/1609110349_Forms.pdf.
The Principals of the respective parent school shall register the candidates at their centre for SAY/Improvement Examination, June 2014, online, through Department portal, dhsekerala.gov.in. The concerned parent school authorities shall download the admission tickets of the candidates attending SAY/Improvement Examination, June 2014 and distribute the same to the candidates at least three days before the commencement of the Examination. The Candidates on receipt of the admission tickets shall scrutinize the hall tickets and get the defect if any, rectified then and there. The Principals are directed to inform the SAY/Improvement candidates from their schools about their Examination Centres. This notification is applicable to both Open School Regular and Private Registration Candidates. Application form is common to all candidates. The Principals of the parent school shall receive the applications with enclosures, consolidate the data, prepare the nominal roll and question paper statement of the candidates attending that centre and submit one copy of the nominal roll and Question paper statement to the Secretary, Board of Higher Secondary Examinations, Directorate of Higher Secondary Education, Housing Board Buildings, Santhi Nagar, Thiruvananthapuram-1 and a copy of the nominal roll and Question Paper statement prepared by the parent school shall be given to the Chief Superintendent of the SAY Exam Centre before the last date fixed for the same.

The candidates in Lakshadweep can appear for the Examination in centres provided in Lakshadweep where they had appeared for March 2014 Examination. The list of Higher secondary Schools clubbed to these centres is appended. The Examination centres are allowed for the SAY/Improvement Examination on condition that the entire responsibility regarding this Examination shall rest with the office of the Director of Education, administration of Union territory of Lakshadweep.