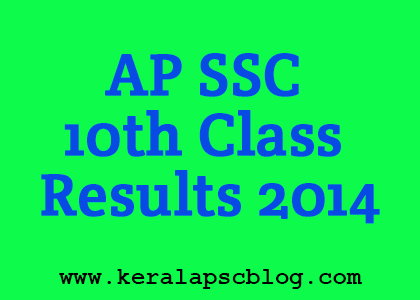 The Board of Secondary Education Andhra Pradesh (BSEAP) is set to declare the Secondary School Certificate (SSC) Class 10 exam 2014 results today [May 15, 2014 at 11:30 AM]. As per a press release the results will be declared by the Advisor to the Governor of Andhra Pradesh and Principal Secretary of School Education on May 15, 2014 at 11:30 AM. Candidates will be able to view their exam results online in the official websites. AP Board is the foremost state in the nation which brings in course of action the 10+2+3 pattern of education. Around 12.26 lakhs students appeared in the Andhra Pradesh SSC 10th Class Exam 2014 this year.


The SSC Class 10 exams 2014 conducted by the Andhra Pradesh Board began from March 27, 2014 and ended on April 17, 2014. The exams were conducted for Academic, OSSC and Vocational courses for both regular and private candidates between the same exam dates.


The results for the Andhra Pradesh Class 10 SSC exam 2013 were declared on May 17, 2013 but this year the board will publish the results two days before. Around 88.08 per cent of the total number of students cleared the exam in 2013, with the pass percent among girls as 88.90 and the pass percent of the boys was 87.03.


Students will be able to check their AP SSC Result 2014/AP 10th Class Board Exam Results 2014/Andhra Pradesh Matric Result 2014 online through the Official Websites below.