3. The disease 'Scurvy' is caused by the deficiency of:
Answer: Vitamin C

4. The author of the Novel 'Trikkottoor Peruma':
Answer: U.A. Khader 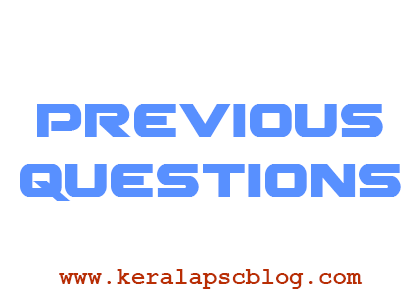 5. Which state is known as the 'Jewel of India'?
Answer: Manipur

7. The energy in stars is produced by :
Answer: Thermo Nuclear Reaction

9. The state known as 'Granary of India ':
Answer: Punjab

11. Which among the following banks got ISO certificate first?
Answer: Canara Bank

13. Which one of the following rights was described by B.R. Ambedkar as the 'Heart and Soul' of the constitution?
Answer: Right to constitutional remedies

15. 'Poverty and Un-British Rule in India' was written by:
Answer: Dada Bai Naoroji

19. The code name given to India's first atomic explosion at Pokran in 1974 is :
Answer: Buddhan Chirikkunnu

20. The boundary between India and China is known as :
Answer: McMohan line